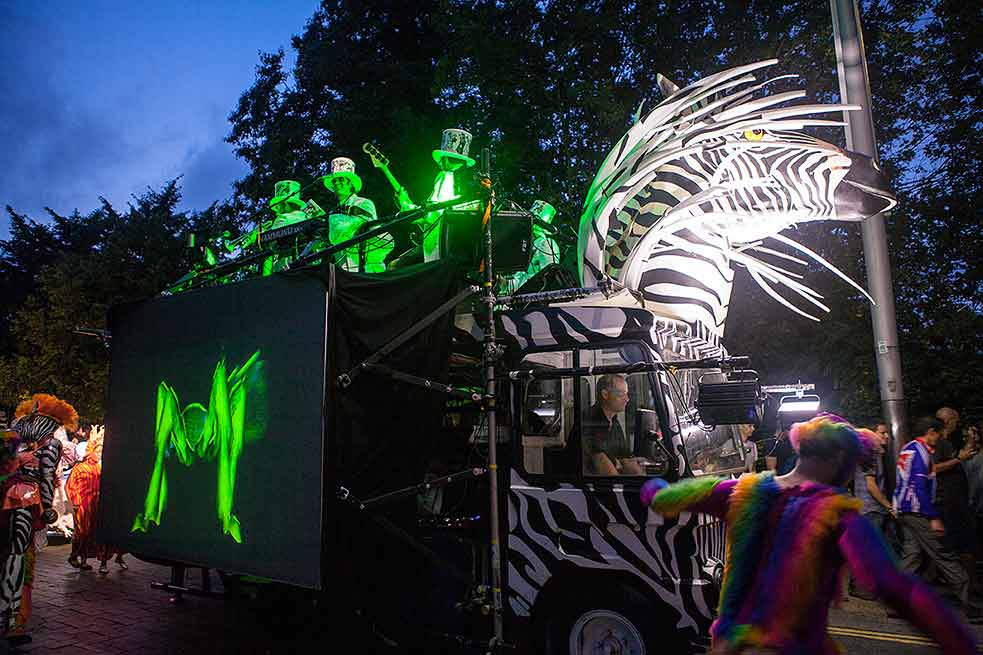 As part of Mandinga's 2012 Chimera carnival theme we designed a 'virtual float' for the 2012 Thames festival. The front of the float was a huge, brightly lit Zebra's head, while the rear was green projected spiders legs walking continuously.

We created the virtual projection of the spiders legs and designed and built the projection system, taking it from concept, through prototyping and testing to rigging and performance. The project was designed as an initial phase of a larger project involving multiple screens on the float, but was unfortunately cut short due to the Thames Carnival procession being cancelled the following year.